TURNIGY, the name synonymous with performance, reliability and innovation is excited to release a powerful new battery chemistry in the Turnigy Graphene!

The Graphene Professional series is designed for professional UAV/RPA operators (unmanned Aerial Vehicle/Remotely Piloted Aircraft) and those that demand nothing less than the best.

Graphene batteries are unlike anything you have seen or used before.

The result is a battery capable of maintaining greater power output whilst remaining much cooler under load. Since heat and resistance are the natural enemy of batteries, Graphene chemistry has significantly reduced these problems and the result is an incredible boost in cycle life and performance.

We have a full range of Graphene Professional battery packs and will be adding new sizes/configurations as they become available. Turnigy Graphene batteries are the new standard for serious professionals who require POWER ON DEMAND.

– Power density: 0.15-0.17kw/kg (5Ah-16Ah)
– Power density: 0.13-0.15kw/kg (1Ah-4.9Ah).
– Stable High pack voltage through duration of use.
– High discharge rate, giving more power under load.
– Internal impedance can reach as low as 1.2mO compared to that of 3mO of a standard Lipoly.
– Greater thermal control, packs stay much cooler under extreme conditions
– Higher capacity during heavy discharge.
– Maintains higher pack capacity even after hundreds of cycles
– Fast charge capable, up to 15C on some batteries.
– Longer Cycle Life (reportedly in excess of 900 during testing). 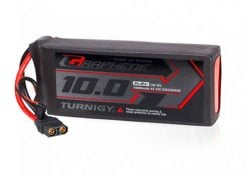 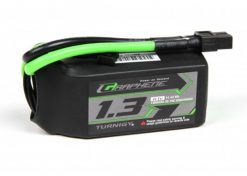 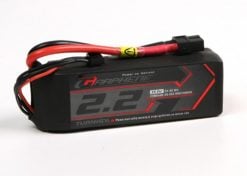 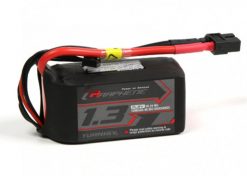